Africa: Dead on the Road

When thinking about the leading cause of death in Africa, you may be surprised to learn it’s not malaria or cholera. In fact, seemingly inconsequential road traffic accidents are responsible for more deaths than malaria in some African countries, including Ethiopia, Kenya, Somalia, South Africa and Sudan. As a continent, Africa has some of the deadliest roads in the world, counting 26.6 road traffic fatalities per 100,000 population. With fewer vehicles per capita than most countries, Africa carries a disproportionate burden of traffic-accident related deaths. The gross disparity between road traffic deaths in Africa and developed countries can be attributed to road safety protocols and medical care received post-accident.

Lack of Road Safety and Medical Care: A Deadly Combination

Lax enforcement of traffic laws that (may) exist, lack of vehicular safety standards, poor driving skills, road conditions, and lack of pedestrian infrastructure all contribute to Africa’s deficient road conditions and make roads deadly for both vehicle occupants and pedestrians. A stunning 49% of all road traffic deaths occur in pedestrians, cyclists, and motorcyclists. Even in cities with well-maintained roads, drivers often compete with pedestrians, human-propelled carts, motorcycle taxis, and “matatu” public transportation mini buses. The poor emergency response and trauma systems in Africa only exacerbate the issue and increase traffic accident fatality rates. 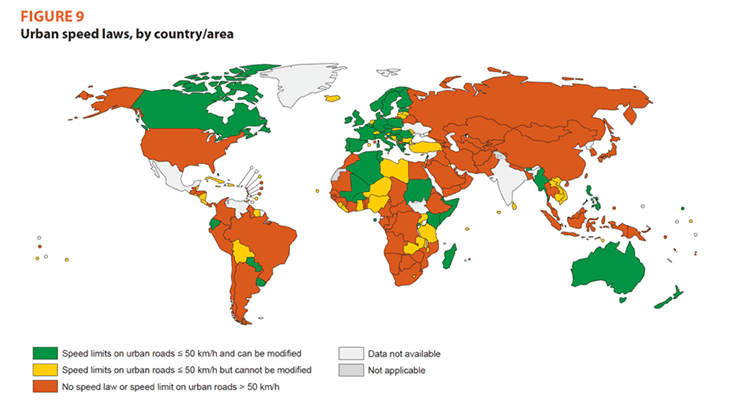 Medical outcomes post-accident are directly dependent on the medical care a victim receives immediately at the scene and at the receiving healthcare facility. Even in African capital cities, the emergency response system can be disorganized, increasing response times. Ambulances do not always have the appropriate equipment and medical team on board. It’s safe to assume that in the majority of rural African areas, ambulance systems are nonexistent, leaving it up to the victim to stabilize and transport themselves to the nearest medical facility. When every second matters for severely-injured patients, positive outcome rates begin to plummet.

Unsurprisingly, the majority of road traffic accidents are both predictable and avoidable. The establishment and uniform enforcement of road safety protocols is key to preventing road accidents. The most formidable task will be changing individual behaviors and providing salient reminders of the consequences of unsafe driving. However, governments have financial incentive to install and enforce road safety protocols. In Nigeria, road traffic accidents cause the country to lose 80 million naira (approximately 220 million USD) annually. Ultimately, it is up to each individual government to pass the requisite laws and ordinances to outlaw reckless driving and protect civilian life.

Recently, the Zusha! National Road Safety Campaign launched in Kenya, with aims of reducing the number of road traffic accidents. By placing stickers in buses and launching an advertising campaign, Zusha! empowers passengers to speak up when their driver practices unsafe driving. The stickers provide salient signs of the effects of reckless driving, demonstrating that traffic accidents are not isolated incidents and each individual passenger is at risk. One passenger speaking up sets off a chain reaction, encouraging others to stand up and protect their own lives. Drivers are provided a financial incentive for leaving stickers in place and listening to passenger complaints. Following the initial campaign, researchers found a 50% decrease in traffic accidents and a 60% decrease in accidents with injuries or fatalities, especially when human lives are at risk. Zusha! plans to expand to neighboring Tanzania, Uganda, and Rwanda.

In a region where reckless driving is inevitable, travelers to Africa must take stringent precautions to minimize the risk of a road traffic accident. Avoid local transportation methods and only utilize reputable livery services. Only travel during daylight hours. Remember the basics of road safety: wear a seatbelt, follow speed limits, utilize lights and turn signals, and pay attention at all times.

Before traveling to regions with high rates of road traffic accidents in Africa, contact VIGILINT for itinerary-specific medical plans and identification of the most appropriate medical care in the area.

Previous: Deadly Virus is Spreading in Hospitals in the UK
Next: The Dangerous (and Profitable) Business of Counterfeit Drugs and Medications